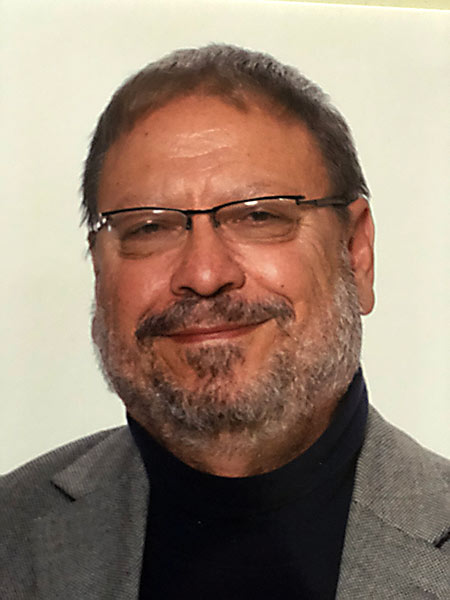 He has also trained future teachers in New York and Florida, where he retired.

And through it all, he has remembered the teacher who helped him switch tracks when he was careening toward a crash.

D’Alessandro recalls that in his senior year of high school he was on “an express train to academic oblivion.”

But thankfully, he had a guardian angel in Social Studies teacher Mark Felt, who took the time to pay a personal visit to D’Alessandro’s parents, Gioseppina and Rosario, who only spoke bits and pieces of English mixed in with their native Italian.

Felt told the couple their son could be doing more to live up to his potential and they agreed. So, Felt took D’Alessandro to St. John’s University for late registration.

“Years after university graduation, I returned to the old high school to thank him,” D’Alessandro recalled. “Unwelcome tears streamed down my face when I was told he had passed. I never had the opportunity to thank the man who made a difference by unlocking the door to my dream career.”

Unable then to express his gratitude in words, D’Alessandro instead  thanked his teacher through action, living up to the potential Felt always saw in him by becoming an educator himself.

And in doing so, D’Alessandro positively impacted the lives of students the same way in which Felt impacted his, introducing kids to the written word through a reading center he developed at Half Hollow Hills on Long Island and working as a journalism advisor to the high school newspaper, Thunderbird.

The teacher as unionist

D’Alessandro not only spent his career helping students. Inspired by teachers, he worked to ensure his colleagues had better lives, too.

On his first day of at Half Hollow Hills, his new union, the Half Hollow Hills Teachers Association, went on strike. He joined in, picking up and dropping off signs, and picketing. He recalls a car pulling up alongside him and someone screaming at him: “Do you realize what you’re doing to the football team?”

The teachers all lost two days pay for every strike day.

“I recall that during strike year, I received my first paycheck after Thanksgiving, and that was after a summer devoid of paychecks,” he said. “I worked gasoline stations and fishing boats on weekends… Despite that, our family ran up short-term debt. Selling a car and a boat carried us.”

But, D’Alessandro knew his shoes were in the right place. His dad was a member of the Amalgamated Clothing Workers of America and his sister Mary Jo Gallo was active in the East Islip Teachers Association.

“It wasn’t until my more-seasoned years that I realized that painful, but obviously wise, decision to strike resulted in decent pay raises and an ample retirement,” he said.

D’Alessandro said that by comparison, “Florida teachers are not required to unionize and are not too influential in negotiations…they are rarely presented with dignified raises.”

Some of them work two, and sometimes three, jobs to support themselves and their families, he added. “Florida’s treatment of teaching professionals is outrageous.”

Reborn in retirement; becoming a mentor himself

When he first retired, D’Alessandro worked at proctoring the New York State Bar Exams for several years, and as an adjunct at Dowling College where he taught reading methods and was a student-teacher supervisor.

“I loved that. Honestly, I felt it was my way to give back. To become a dime store version of my heroic mentor, Mark Felt, was rewarding,” he said.

“During class, I walked my students to Central Park and encouraged them to write prose and poetry while lounging on its soft grass,” he said.

After moving to Florida with his wife, Adele, he became an adjunct professor at Valencia College and worked with future art, science, math, English and elementary teachers at the University of Central Florida, observing them teaching class, reviewing their lessons and presenting seminars. He stressed things such as honesty and competence; respecting colleagues as well as custodians; avoiding gossip; and encouraging them to discover insights from their fellow student teachers, who can be mentors.

His tally of turning students into teachers reached more than 500.

As part of his job at Valencia, D’Alessandro was sent to teach at a senior citizen housing center. He worked with students his age or older, helping them to write life stories and how to prepare work for publication.

“I felt over the moon when informed months later that several had published stories for the first time,” he said.

He also jumped over his own moon, having “Brooklyn Birth: Sicilian Soul” published in 2014 by Goose River Press, which is a collection of his previously published poems. He’s also been published in “Chicken Soup for the Father’s Soul” — appropriate, perhaps, for a father of three children – two of whom are teachers – a grandfather and great-grandfather.

D’Alessandro also has had pieces appear in other publications, including: “A Cowards Guide to Running with the Bulls,” (Spectacle Literary Journal;) “Conquered by Croagh Patrick Mountain” (Christian Science Monitor); “Maya Angelou: Angel of Healing” (Soul Survivors Anthology); “Where Have You Gone Jackie Robinson?” (Mature Living Magazine) and “Father of the Bride” (Modern Bride Magazine).

In the 1970s, he had essays published in Newsday. And, currently, he contributes to the Times of Sicily, and as a guest columnist for the Orlando Sentinel, where his most recent article was about how articulate radio broadcasters announcing baseball games helped to learn English.

“These gentlemen painted word pictures with the English language,” he said, noting there were no bilingual programs in schools or English as a Second Language programs. Their “velveteen voices whispering in my reverie, thoughts of faded family and Brooklyn summers, still inspire me.”