For his 70th birthday, Chris Pendergast got his voice back 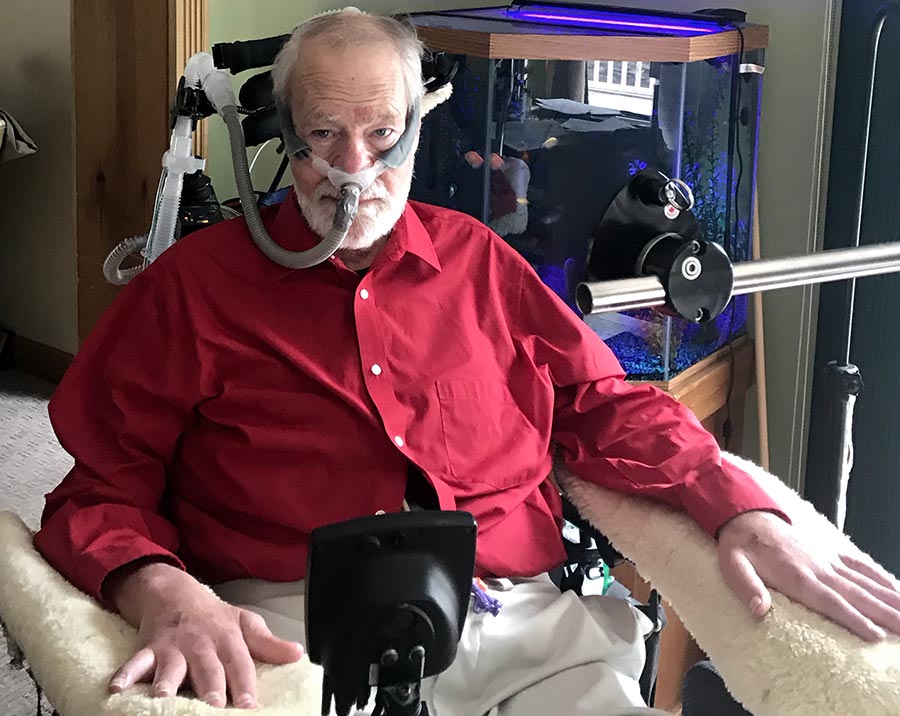 Most of the time, Chris Pendergast — the retired Northport teacher and longtime ALS patient — speaks through the computer attached to the front of his wheelchair, using his bright blue eyes to stare at a letter and blink.

The blink tosses the letter onto the screen. Computer software enables the resulting words to be spoken in a standard voice.

But in a major surprise at a large party marking Pendergast’s 70th birthday, the words he typed that night were read out loud to the crowd from his own voice, caught on recordings prior to his illness and transcribed by technology. 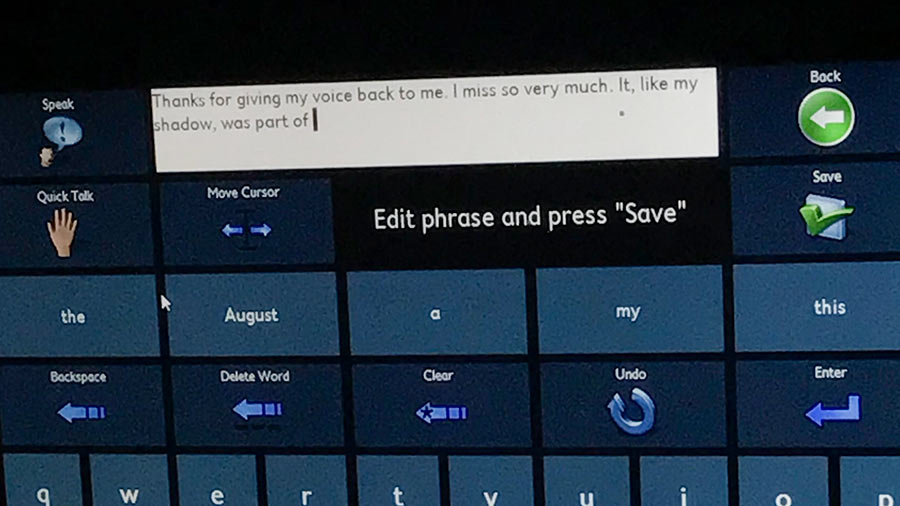 His wife Christine, past president of Port Jefferson Station Teachers Association, cried upon hearing the magic of her husband’s voice; the unique imprint of sound we each hold. People wept in the crowd.

The Pendergasts were celebrating with live rock bands, videos, food, speeches, and photos. Oh yes, and 400 people. They came to honor a man who keeps on shining against monumental odds.

As the band “Big Shot” played Billy Joel songs and the saxophone player moved forward and dipped his horn toward Pendergast, it was clear everything else is beyond only the present moment.

Pendergast has amyotrophic lateral sclerosis, known commonly as ALS, a fatal disease that attacks the nerve cells. The life span after diagnosis is 2-5 years.

But Chris Pendergast is the exception to the rule — and then some.

This man was diagnosed in his mid-40s in 1993, and continued to teach science a few more years with the support of colleagues in the United Teachers of Northport. He has lived 26 years with ALS.

“I simply wanted to fight. I never thought I’d be here all these years later. It’s like an outer body experience,” he said from his Long Island home, his body immobile, his stationary hands resting on pads.

He is now a quadriplegic. A nutritional drink drips into his feeding tube to supplement what he eats. His caregiver Marquita feeds him a granola bar; caregiver Lena brushes his hair for the party.

“The day I stopped dying from ALS and began living is a metaphor for turning my disease into a vehicle to do good,” he whispered in a barely audible voice, each word a loose stone.

Asked how he keeps his spirits up while his body is down, Pendergast looked surprised. “Normally I don’t have to actively boost my spirits…. Look at all I have,” he typed. Behind him on a wall are the words “What a wonderful world.”

His work keeps him busy, and he has family to enjoy. He watches his grandson play ice hockey and joins him fishing.

“I do visit a therapist regularly to talk over issues troubling me,” he wrote. “Of course, there is my faith… I find great consolation and strength in faith.”

To say Pendergast has not let ALS stop him is an understatement.

He founded a non-profit ALS Ride for Life and raised $8 million for research, and patient and family support. Dense waves of volunteers help his causes. School communities have raised $1 million since ALS Ride for Life began.

He has successfully advocated for waiving the waiting time for a person with ALS to collect disability; and for the creation of an ALS registry through the Centers for Disease Control registry, which collects data on ALS patients, funds research, and provides information on clinical trials.

Pendergast has cruised in motorized wheelchairs with other ALS patients from New York to Washington, D.C, and throughout Long Island, where travelers stop at schools each day. Their cause is familiar because of school assemblies they present on hope, defying odds, and helping others. Coordinated by retired teacher Barbara Brown, North Babylon TA, 80 school assemblies were conduct by Pendergast and company this year. 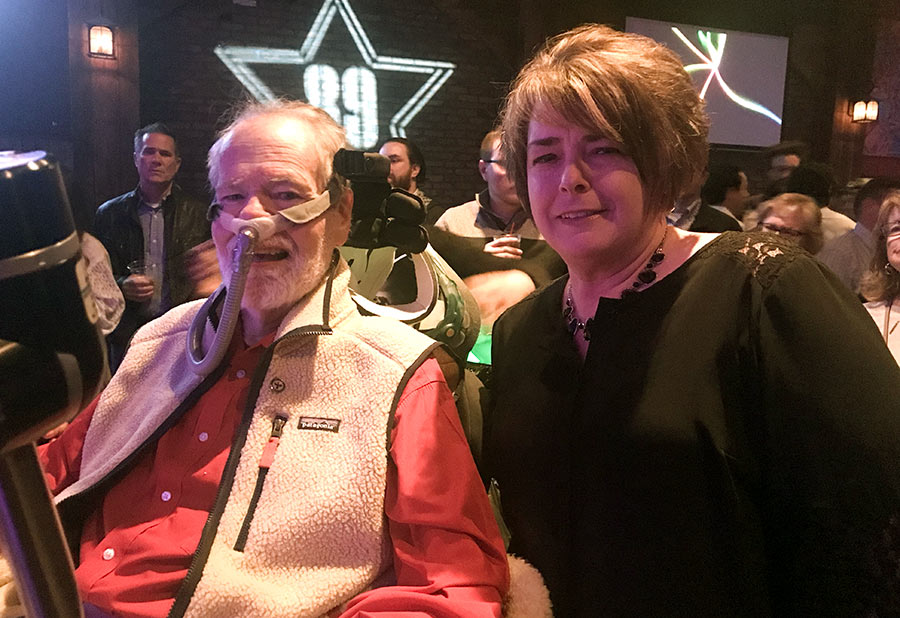 “The kids are silent,” said Nancy Sanders (pictured above), president of the Miller Place Teachers Association. “He has them right in the palm of his hand.”

Pendergast estimates he has made over 600 presentations since he started speaking publicly.

“I just widened my classroom and expanded the curriculum,” he said. “I now teach life.”