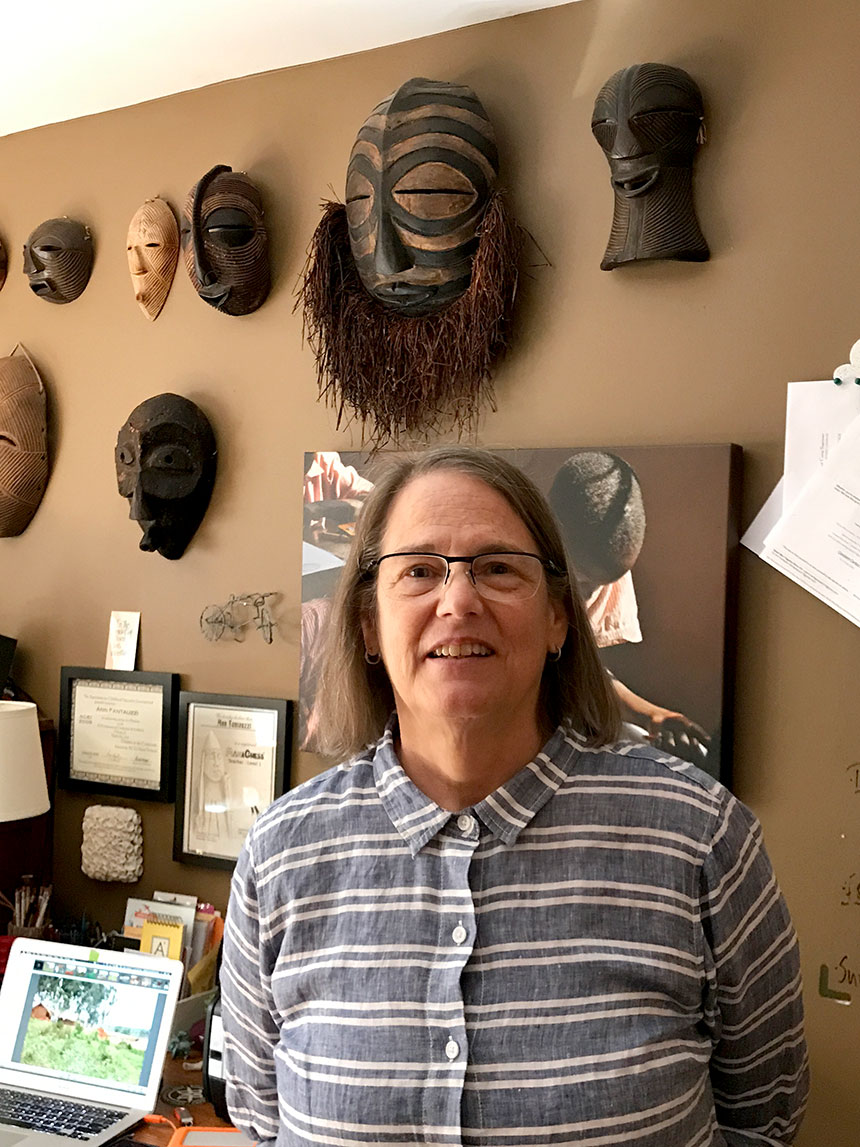 Hurricanes change lives in many ways

As Hurricane Harvey continues to devastate Houston and other parts of Texas, volunteers from far and wide are stepping forward to help people whose homes and businesses are lost under 50 inches of water.

Retired Saratoga Springs teacher Ann Fantauzzi knows the sound of the call for help: It was Florida’s 2005 Hurricane Wilma that called her to action as a newly minted member of an American Red Cross disaster team.

That three-and-a-half week trip helping out in the aftermath of that hurricane set her on a course of volunteerism that arches from Saratoga to Uganda. She now volunteers to train teachers, raise money and work with students in African as a part of the Saratoga-based nonprofit The Giving Circle, Inc. — which ironically was initially founded to respond to Hurricanes Katrina and Rita with rehabilitation projects. Volunteers also went to Staten Island after Hurricane Sandy.

Hurricane rains have stories to tell as they darken some lives and set others shining with the gift of help.

The Giving Circle, founded by Mark Bertrand, is still involved in rehabilitation projects for areas trampled by hurricanes, as well as local projects for homelessness. Fantauzzi helps a team of volunteers with home rehab for individuals in need and, recently, with a rehab of the historic Black Elks lodge in Saratoga Springs. In Africa, she assists the organization with its devotion to the Koi Koi House Orphanage, two schools, a health clinic and farming in Uganda.

It’s a 30-hour journey one way to Africa, and Fantauzzi has made the round trip about a dozen times for volunteer work—including one return flight with her right leg in a full, heavy cast after she fell into a ditch outside of a school in Uganda. In this country, it is common to dig ditches around buildings because of heavy rains.

Once at home, she required surgery, which left 17 screws and a plate in her leg. “I split the bone down the middle,” she said.

That was in 2015. This year, she had a knee replacement and some of that hardware was removed.

Still, Fantauzzi travels. Along with her necessary clothing and supplies to bring to the schools, she hauls a 50-pound camera bag filled with cameras and lenses. It lays on the floor of her study, beneath a wall decorated with rows of dark, wooden African masks.

“You can’t tie her down!” joked her husband, former art teacher Damian Fantauzzi, who, like his wife, is a retired member of the Saratoga Springs Teachers Association.

The word “retired” is used as loosely in this couple’s Saratoga home as a plastic bag being tossed about in the breeze. Neither of these NYSUT members are relaxing or resting much. Damian, who taught for 38 years and coached boys basketball and girls tennis, says he was recently “pulled out of the mothballs” to coach students again; he’s working with two teams.

Ann taught for 34 years combined at elementary school, a gifted program and, finally, fourth grade. She and Damian raised two children, and Ann was also involved with the Saratoga Springs TA, where her service over the years included building representative, negotiations team member, union rep for hiring a principal and handling tuition wavers to teachers needing to do grad work.

Now, as a frequent flier, her typical destination for volunteer work is Uganda, a small, poor country tucked pretty much in the middle of the great continent. She trains teachers, raises money and teaches students. As evidenced by the photographs that are framed in her study of smiling African children and zebras, a lot of her heart’s energy is in this dusty place. 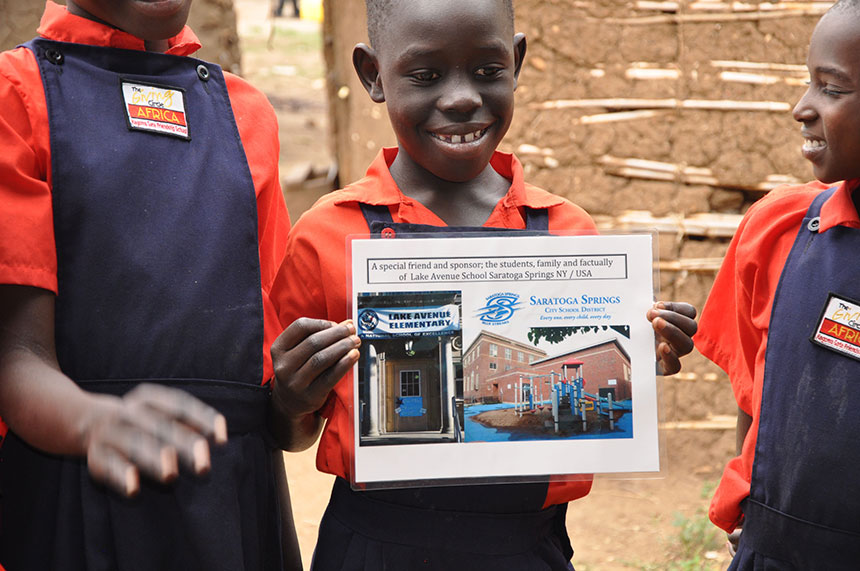 Her involvement with building schools and teaching teachers in Uganda began with another matter of the heart: the death of her brother from cancer.

When Fantauzzi returned from that first extended volunteer job in Florida, she found out her brother, a professor at Pacific Lutheran, had advanced cancer. She traveled to Washington regularly to be with him and, following his death, she stayed at his house for months, sorting and selling his belongings and getting to better know his friends. They told her about a program for migratory schools in Namibia, on the west coast of Africa. Volunteers were needed to bring supplies and help the student teachers.

“I went and we traced down mobile (tent) schools,” she said. “The schools fold up tents and follow the kids.” The children are part of families of tribal people who work with cattle and sheep.

Fantauzzi took three trips to western Africa with this group, and also went on safaris with students.

She sells her photographs of this land and its people, and also donates some of her creative work to fundraisers. 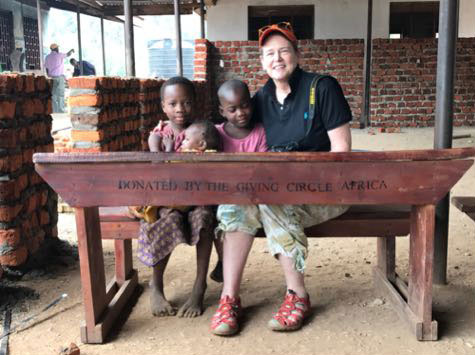 Closer to home, she learned of the Aids Orphan Education Trust in Saratoga and decided to sponsor two girls. When she was at a conference in Namibia, she traveled an extra four-plus hours and met the girls. She recalls the mother of one of them.

“Her mother got down on her knees and thanked me for allowing her daughter to go to school,” Fantauzzi said. “Girls’ education is so important to me.” The girl is now in high school and her sponsor has been able to meet her three times.

“When I came home, I did a presentation at a church with others in AOET,” she said. And that’s when Bertrand of The Giving Circle circled in.

“‘How about you come over and do some education programs for us?’” Fantauzzi recalls him asking.

And so began the next level of her global volunteerism. She has taught teachers to play Scrabble and other games to build word, language and math skills. She has taught teachers ELA. She brings them all books, which she hunts for to find African stories. She took training to learn chess, and now teaches it, calling it an “international language” that fuels critical thinking, planning, higher-level thinking skills and gender equity.

The school where the youngsters eagerly met, however, was built of wood and was disintegrating from termite infestations. Huge chunks of walls were missing. The headmaster said the school would have to close.

“We made a decision to take the school on,” she said. Locals and volunteers began making bricks and mixing mud to set them in the molds and then fire them.

Four new classrooms were added to the brick Kagoma Gate school, which blossomed from 70 students to 400. Then they realized, “We’ve got to have desks!” Fantauzzi said.

She is handling a fundraiser for 50 long, narrow wooden desks, each of which seats about five youngsters at the primary school. Anyone sponsoring a desk for $25 can name the desk after a teacher who influenced his or her life, and the name will be engraved on a desk.

The children who come here to learn are from families who are war refugees from fighting in Rwanda, Sudan and The Congo three decades ago.

The Giving Circle’s second school is Busoga, located in Jinja. The school culture intentionally embraces deaf children, even providing some of them lodging during the school week.

In this society, she said, “They’re throwaway kids. Many families make them sleep outside. A lot of fathers take off as soon as they find out they have a handicapped kid.”

When these children first entered Busoga School, Fantauzzi said they were confused and panicking; some of them tried to leave. They did not know to interact; they had no exposure to learning or language.

“We brought someone in to train the teachers in sign language,” she said. “All children are learning sign language and the deaf are being integrated. We want a bilingual school with English and sign language.”

To make uniforms for the children, the Giving Circle uses its own sewing guild, which provides jobs in this African region. Guild members also use a knitting machine to make sweaters.

On the farm outside the school, there is a garden for growing tomatoes, corn and cassava, a root plant with long, green tapered leaves.

The work keeps Fantauzzi’s life as a touchstone for many children, beginning many years ago and taking her to places near and far to teach, teach, teach. Her lessons are not yet done.