Culinary arts professor cooks with kindness for his community 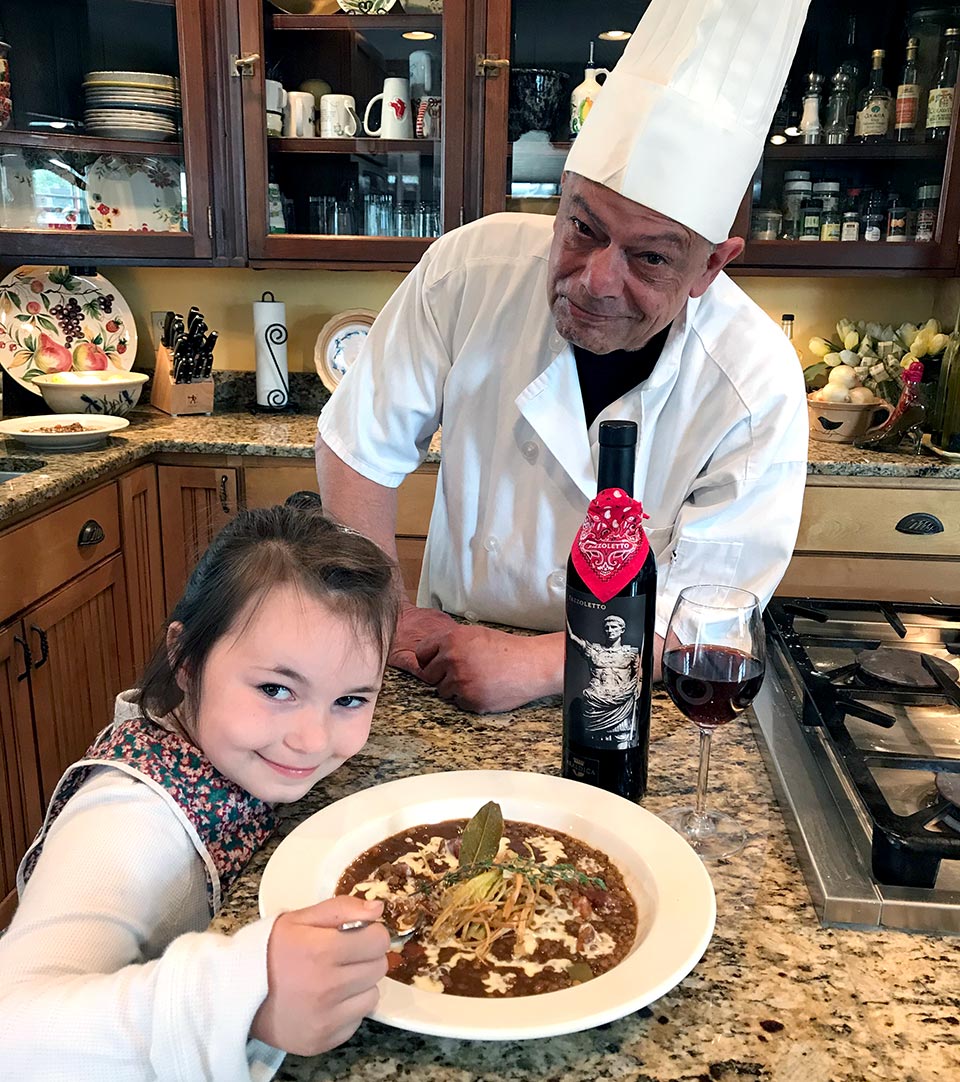 Waterford is a small town in Saratoga County where the Erie Canal and the Hudson River meet. It is also where culinary teacher Joe Forget meets with students, neighbors and residents, dishing out ladles of soup to help take the edge off hunger some people are experiencing during the COVID-19 shutdown.

Several times, Forget has set up a table topped with large vats of soup that people can take home in containers. He likes talking with those who stop by, many of whom call him “Chef Joe” or “Papa Joe.”

“Everybody has a story. It’s just a different author,” said Forget, who is an associate professor for the Capital District Educational Opportunity Center under Hudson Valley Community College, working with socially and economically disadvantaged students.

Forget has been teaching online courses, and sends out packets of information for students to learn at home. He provides recipes for them to practice, and teaches them about cooking methodology, food preparation and sanitation. He also prepares meals at home and sends photos to students.

Sometime in April, he started cooking up an idea. Taking stock of what was in his pantry, he made up batches of soup — 20 gallons worth of three different kinds — and set up a table outside his home. He posted his soup news on social media.

“I called it Depression Soup Kitchen when I first started,” said Forget, a member of the EOC Alliance local union. “But anti-depression is what I’m really doing.”

His next round of soup making brought out two dozen volunteers, and together they made 80 gallons of soup. Hearty beef vegetable, chicken noodle, and broccoli cheese made up the menu.

“We made it at the Knights of Columbus, and set up two kitchens, inside and outside,” said Forget. Customers drove through the parking area and picked up soup served in quart- and pint-sized containers for carry out. Some people donated money, and the K of C will use that to support local charity work.

“We had four gallons left and donated it to the Hannaford grocery store workers,” Forget said.

The chef said that financing for the big soup give-away came from Lucille Marion, executive director of EOC and an HVCC vice president. The event was featured on several local news channels.

As a member of the Knights of Columbus, Forget helps raise money for different causes. In the past three years the organization has raised more than $50,000 for the Paige Alexis Memorial Fund (in honor of a young local woman killed by a drunk driver). Other times, for families in medical crises, the K of C volunteers have twice raised more than $30,000 at events where Forget often serves as kitchen director.

Forget, who was a cook in the Navy, and worked for two years in Scotland at a submarine base, is known locally for setting up a Halloween cart and giving out hot dogs, soup and cookies.

His vigor for volunteerism comes from a simple idea.

“It’s like teaching. There are a lot of intangibles. You don’t always see results right away, but you can influence someone’s life,” he said.