Guilderland teacher unites students and community for action and awareness 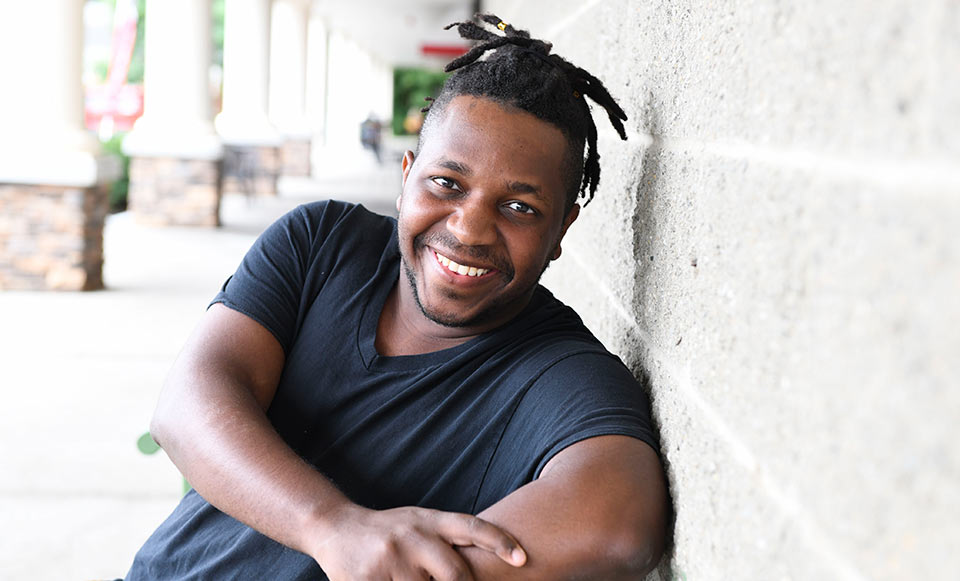 Teacher Matthew Pinchinat is trying to change the climate from one where people are maligned because of their differences, to one where differences are appreciated.

A member of the Guilderland Teachers Association, Pinchinat just wrapped up the inaugural year of the Black Student Union at the suburban high school where he teaches social studies.

“We hit the ground running,” he said, sharing a wide slice of a smile.

The new student union is one of many ways Pinchinat is helping others join forces to raise awareness and foster action in school and the wider community.

It was while taking part in marches and protests during the past several years — feeling good to be in the steps of those who fought for civil rights — that Pinchinat said a question hit him: ‘Why are we still marching to gain equality?’

“Partaking alone isn’t enough. I want this to be the last generation that has to do that,” he said.

So in addition to marching, he started the Black Student Union, whose mission is to lift up black voices, and raise awareness of social, political and economic issues affecting black communities locally and globally.

“I define exposing racism not in big headline moments,” Pinchinat said. It comes out in daily reminders such as being stared at or followed in stores; microaggressive comments; and subtle reminders “This isn’t for you.”

This spring, Pinchinat worked with students to assemble the school’s first-ever Anti-Hate Rally, where students from a range of cultural backgrounds spoke openly about the biases and cruel insults lobbed their way. He also serves on the steering committee of the school’s anti-racist task force.

For the past several years he has been volunteering for the Capital Region Institute for Human Rights, and he’s been a presenter at the Capital District Writing Project, a professional development program for teachers.

With the Institute, Pinchinat helps with planning and logistics, lining up speakers, working in online breakout rooms and getting the word out about the annual event. This year he helped with a racial justice group, and found a speaker to work with students about disability rights.

“Intersectionality is important to me,” he said. “At the Institute, some students come in with concerns about women’s rights, and they learn about environmental concerns, and LGBTQ rights, too.”

He knows the founders of the Institute, Kelley Wetherbee, a school librarian and member of the North Colonie TA, and Thea Macfawn, from when he was a student. The Institute empowers students to create change through new ideas and service projects, or by working with existing charitable organizations.

“I love the work that they’re doing. Any time you can create a space where students operate as agents of change, it’s like lightning in a bottle,” he said.

Pinchinat learned the rope lines of community outreach through his family. He is a first-generation American whose parents emigrated from Haiti. His mom worked as a nurse and his father was a teacher; their family started a food pantry through a church in Schenectady.

“I remember getting donations, loading and unloading food, putting out fliers. It was all hands on deck,” he said.

He finds promise in the energy of students who want a different world and sees it frequently in his work at the high school.

“Lasting change is coming from this groundswell,” Pinchinat said of students speaking out. “This current generation has a heightened level of activism and social issues.”